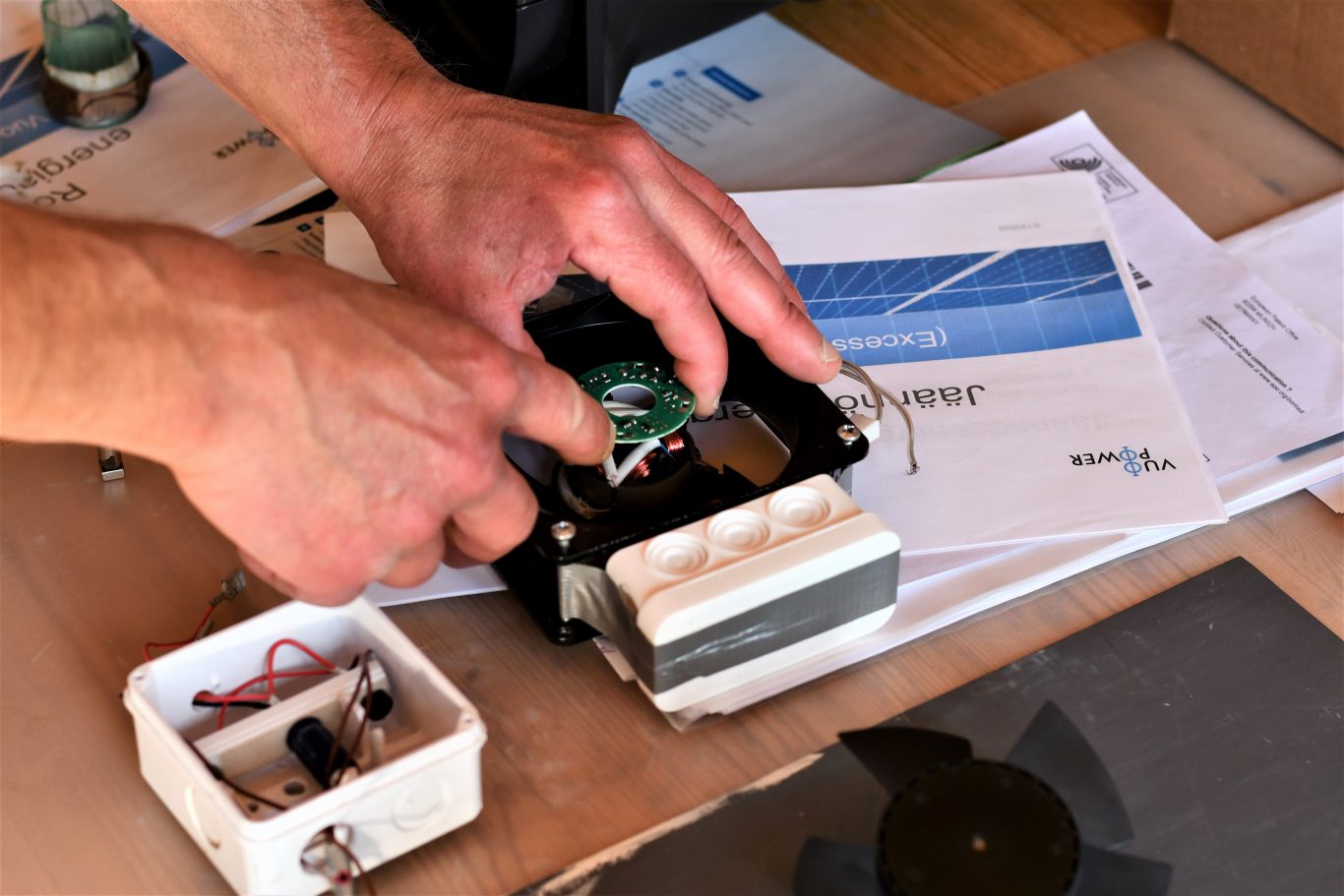 19 ideas took part in the idea competition of the Huima project, one of which got the furthest. The invention of Arttu Vuorio from Porvoo produces energy for various measurements and data transmission from waste heat flows.

Arttu Vuorio, a Gyro Gearloose who lives in Kerkkoo, has invented a generator for utilizing waste heat flow. The device can be mounted, for example, in a ventilation duct or chimney, where it generates electrical energy completely self-sufficiently.

– The energy industry is in dire need of fossil-free inventions and I believe that there is business potential for this device, Vuorio says.

Vuo-kone, a machine developed by Vuorio’s company Vuo Power Oy, produces energy for various measurements and data transmission. It can also be used in liquid, gas and steam flows.

– With the help of my device, measurements can be made easily in places where electricity cannot be connected. It eliminates wiring and battery replacement, Vuorio explains.

The operation of the invention is based on electromagnetic induction, where an alternating magnetic field induces a voltage in a coil that generates a current.

– My homemade version made for the project was able to produce 50 times more power compared to a competing, similar product, Vuorio says.

Vuo-kone has been developed together with VTT and  Nordmag Oy‘s Doctor of Electrical Engineering Sami Ruoho. Eino Korhonen Oy, ESV-Sähkö Oy and  Ebm-papst Oy also participated in the Huima project.

Vuorio’s invention has great potential in both the consumer market and industry.

Manufacturers of measuring equipment and fans, for example, as well as ventilation companies have shown their interest.

The device can be used as a power source, for example, to measure the air quality of different spaces and to search for viruses, even corona, in the air.

In buildings outside the electricity grid, for example in remote cabins, the device could, for example, monitor air humidity and produce airflow to reduce odour and moisture nuisance.

For remotely readable water measurements, it would offer an energy-self-sufficient, maintenance-free alternative.

– According to the EU Energy Efficiency Directive, all water meters should be made remotely readable by 2027. I now have an energy-self-sufficient prototype under construction that generates energy for measurement and data transfer whenever a water flow is generated – that is, when water is consumed, Vuorio says.

The prototype, built for the Huima competition, can be attached to a ventilation duct where it produces up to 0.5 watts of electrical energy.

From investment industry to inventor

Vuorio is a secondary school graduate. BBA studies were interrupted back in the day when working life took over.

– I appreciate education, but it did not suit my own career. I have always been a free spirit, a hands-on learner.

Vuorio founded together with his brother Antti Vuorio Arvi Life Oy in 2000 and served as Chairman of the Board of Arvi Life until Sampo acquired the company in 2005. The company employed approximately 100 people in 9 localities.

Since then, Vuorio has worked in various investment companies and focused on developing the Vuo-kone in Kerkkoo in a study built in the additional wing of his home. Vuorio founded Vuo Power Oy in 2016.

The project also produced an energy guide for companies.

– We wanted to compile a guide for companies to save energy and money based on the information of the experts involved in the project and the latest research results, Olof Malmström from Turku Science Park says.

The guide is available in Finnish, Swedish and English and can be downloaded here: Energy guide for companies

The idea competition of the Huima project was part of a project whose main purpose was to spark discussion and awareness about waste heat, its utilization opportunities and related business opportunities.

– When the project started 2 years ago, there was hardly any talk of waste heat. During the project, the discussion has increased tremendously. We have seen how many companies have begun to realize that huge amounts of heat are being wasted and that something should be done about it, Posintra’s Director of Environmental Business Leena Alihakkola says.

Industry generates a lot of waste heat, much of which is still untapped. If heat were harnessed, Finland’s carbon dioxide emissions would be significantly reduced.

The main funder of the Huima project is the European Regional Development Fund (ERDF). The implementation period is 1.9.2018–31.8.2020.

Read more about the project:: posintra.fi/huima

More information can be obtained from: