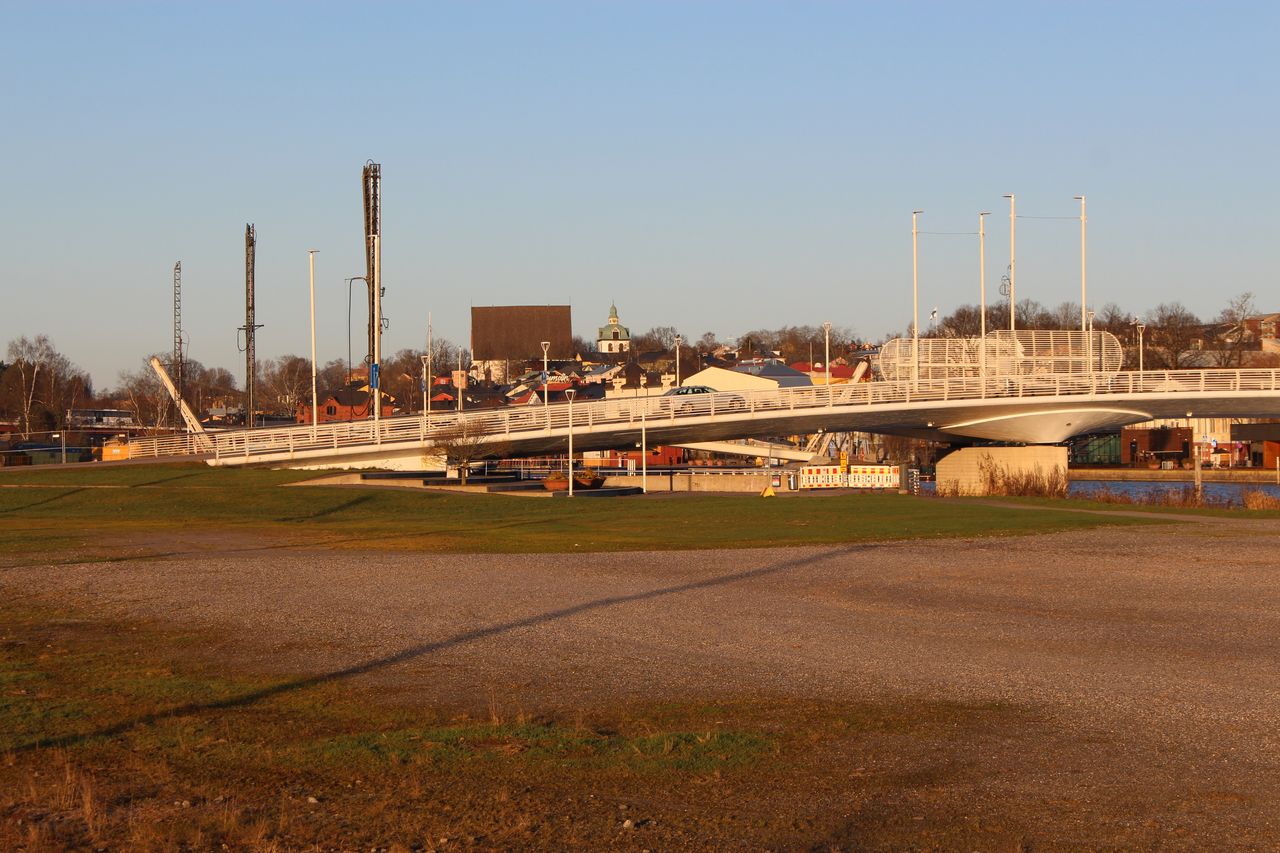 On the Taidetehtaanpuisto section, the pedestrian route is designed to be a four-meter-wide, pedestrian-oriented section with a stone dust surface. In its current state, the park area is an unbuilt central park area, and the river bank is also unfinished. Therefore, a visible improvement in the milieu is coming. The route will be extended later to lead south, following the river bank, with a separate plan.

The Taidetehtaanpuisto section in the LUCIA passageway has different features than the previous Aleksinpuisto park. The lighting of Taidetehtaanpuisto emphasizes the riverside location of the pedestrian route, the spaciousness of the park and the possibility for events. The light posts will be integrated with speakers, allowing music suitable for events or seasonal themes to be played in the park. The river bank by Taidetehtaanpuisto will be built of natural stones. Boat moorings are also part of the pedestrian route milieu, as they will be fixed close to the river bank. Outdoor resting places will be located on the passageway section.

The construction costs of the 200-meter section of Taidetehtaanpuisto are lower than the costs of Aleksinpuisto, as the pedestrian route section and the river bank have previously been stabilized in a strip approximately 12 meters wide. In the future, the plan for the wider park area will be prepared taking into account the evolving elements of the area and the new street plan for the Taidetehtaankatu promenade. A separate pedestrian route connection towards Taidetehdas will also take on its own significance in the future.